The Association of Optometrists represents optometrists across Ireland. We have worked with the Association since 2012 assisting with consumer awareness campaigns and member communications.

The Centre for Mental Health and Community Research at Maynooth University is led by Dr. Sinead McGilloway . It is an interdisciplinary research community at the cutting edge of applied and collaborative health and social research in Ireland.

The Childhood Development Initiative in Tallaght aims to provide better outcomes for children. We have provided a full Communications Management service to CDI since 2012 with a focus on communicating research findings and learnings into the policy process.

Connect is an out of hours telephone based counselling service for adults who were abused in childhood. We have worked with Connect since 2012 to increase awareness of the service and on engagement with sector stakeholders.

We have provided a media relations and strategic communications service to innovative Irish business IdentiGEN since 2014. IdentiGEN provides DNA traceability on protein based products (beef, poultry, fish) in Ireland and across the world. The ‘Traceback’ labels you see on your food in the supermarket – this is the company behind it.

The Irish Postmasters’ Union is the trade representative organisation for over 1,000 Postmasters across the country. We have provided public affairs and media relations support since 2013.

The Irish Society for Clinical Nutrition and Metabolism (IrSPEN) is a multi-disciplinary professional organisation dedicated to optimising screening for and management of those at risk of malnutrition or other nutritional problems in Ireland.

We have worked with IrSPEN on its media profile since 2019.

We work with the National Solicitors’ Alliance to launch the trade organisation in late 2018 and are continuing to work to engage with media, attract new members and grow the Alliance.

The Prevention and Early Intervention Network represents 24 organisations working in the area of prevention and early intervention. We provide support with public affairs and media relations.

ABI Ireland works in communities across Ireland to support and empower people with acquired brain injury to rebuild their lives. We worked on ABI’s major National Conference in Croke Park and ABI’s annual awareness weeks in 2016 and 2017.

All Ireland Institute of Hospice and Palliative Care

The All Ireland Institute of Hospice and Palliative Care works to improve the experience of supportive, palliative and end-of-life care. We provided a full Communications Management support service to the Institute from 2013 to 2017.

The Environmental Education Unit of An Taisce deliver a series of world-class environmental programmes to support communities, schools, colleges and households. We supported An Taisce with its media relations during 2013.

We helped to formally launch and over 12 months establish the Association in 2013 which represents professionals in the childhood sector and secure good standards in service delivery.

The Coach Tourism & Transport Council of Ireland (CTTC) is the representative body for Ireland’s private bus sector. We have worked with CTTC on the issue of bus transport which was a very high profile in the media during the 2017 public bus strike.

EyeZone is a trade brand for independent Optometrists who work together to provide competitive services and offerings to consumers. We provided media relations services and strategic advice from 2012-2014.

Hands up for Children

Hands up for Children was an election focused campaign to build support among political parties and Independents for greater investment in prevention and early intervention in the current Programme for Government. We also provided media relations support and producing short videos for social media.

Happy Talk is an innovative community based children’s literacy support programme on the Northside of Cork city. We provided media relations and public affairs support to Happy Talk to launch reports and also to lobby for HSE funding, which was successfully secured.

An new property sales and lettings agency in Dublin in 2014, we worked with the business to advise it’s launch and on growing its profile and engagement with customers.

We provided lecturing and student mentoring to PR students at the Irish Academy of Public Relations in 2012 & 2013.

Irish Association of Physicists in Medicine

We have provided advice to the Association on developing it’s communications and led a members workshop on strengthening internal communications structures in 2013.

Irish Community Rapid Response is a charity delivering professional pre-hospital A&E care directly to the site of emergencies throughout Ireland. It has supported the development of almost a dozen rapid response areas in Ireland and currently leading on the delivery of Ireland’s first Community Air Ambulance which will be based in Cork.

The IHTA represents the interests of manufacturers, importers, and distributors of specialist health products in Ireland. The principal aim of the IHTA is to promote the wellness of all people in Ireland and to ensure they have the freedom to continue to access natural health products and traditional medicines that are safe, efficacious, and of high quality. We work with IHTA on its media strategy and messaging.

Cavanagh Communications is working with Lymphoedema Ireland to raise public and political awareness of the condition and the resources need to invest to treat it.

A new client in 2019, Cavanagh Communications worked with One in Four to promote a PhotoVoice public exhibition about childhood sexual abuse. PhotoVocie is a type of research through which participants use narrative and phototography to tell their lived story.

Palliative Care Week is the island of Ireland first ever all island public awareness campaign in Palliative Care. The campaign was fully developed and delivered in Northern Ireland and the Republic of Ireland by Cavanagh Communications from 2014-2016.

Paul Partnership is a social organisation in Limerick that provide services and support to the community. Cavanagh Communications provided training services on media relations and advocacy in 2012.

Preparing for Life (PfL) is a prevention a early intervention organisation based in the Dublin 19 area. PfL will be launching a series of evaluation reports on its work with parents and children during Spring and early Summer 2016. PfL’s aim is to identify proven strategies to improve outcomes for children and families.

Volunteer Ireland is the national organisation to encourage, facilitate and promote volunteering in Ireland. We provided media relations and strategic support to key events for Volunteer Ireland for six years including:

*These were in-house roles. The others were in a consultancy capacity. 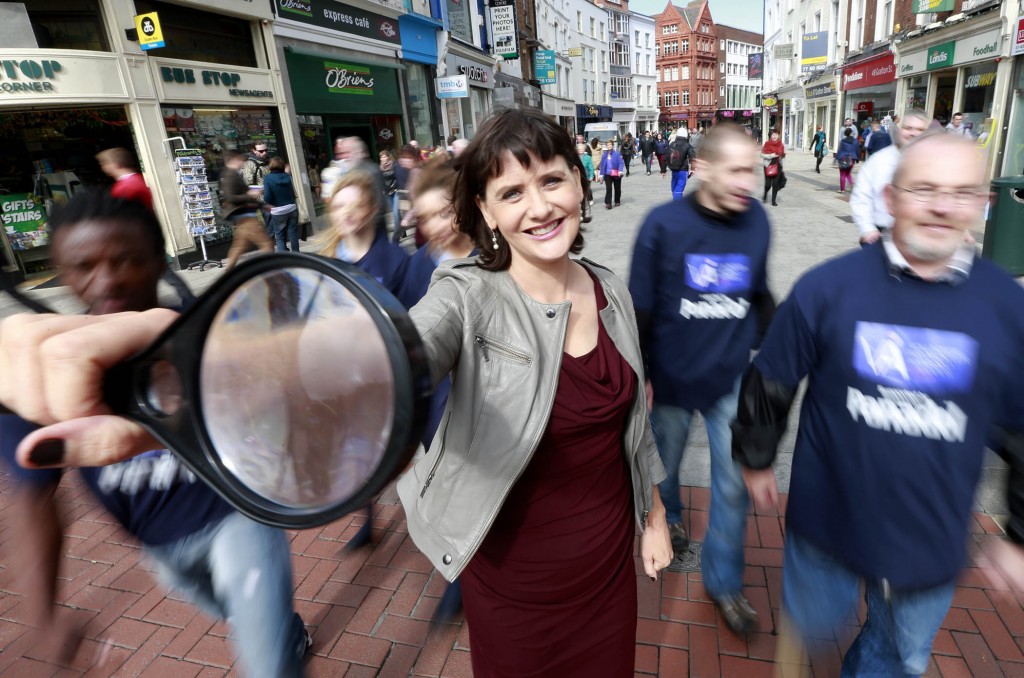